Botanical Information
Welcome to the fourth edition of Botany News! Check our back issues!


TOPICS:
1. A note from the editor
2. Plants grown in Iceland: Cereals
3. Life on the river bank
4. What’s for dinner? - Seaweeds?
5. Woody plants of Australia
6. Submit your Botany News article!
7. The flower box

A note from the editor
AUTUMN IN HERE AGAIN! Welcome back to Botany News the new botanical online e-zine. I hope you are still enjoying the outdoors, park visits and garden walks, where ever you are in the world! I am still looking for more communications from readers, telling us their botanical stories! If you like this new e-zine you could tell your botanical and plant-loving friends know about it. Some of you are already signed up and are receiving Botany News via email. The future of this e-zine depends on enthusiastic readers, willing to exchange information on plants and events in botany. I strongly encourage you to send in information of mutual benefit to botanists.

Plants grown in Iceland: Cereals
Monocots occur all over the world. The largest group being the grasses, many of which are the favourite food of grazing mammals and birds. Some grasses produce large nutritious seeds that are well suited for human consumption and these grasses are called cereals. The cereals include species such as wheat, rice, maize, barley and oats.

Cultivation of cereals is on the increase in Iceland. While the early settlers of Iceland grew cereals in ploughed fields as early as the year thousand, this practice was abandoned in Iceland in the Middle Ages. Harsh climate during the Middle Ages is a likely explanation of why cereals were no longer grown in Iceland at that time. Some attempts were made to grow cereals again in Iceland in the 17th and 18th centuries. However, it was not until the 20th century that serious attempts were again made to grow cereals in Iceland. While most of the early attempts were made in South Iceland that has the mildest climate, today’s cereal production in Iceland takes place all over the country.

Barley is by far the most common cereal grown in Iceland, while wheat and oats are also grown in a few places. Cereals in Iceland are grown almost exclusively as fodder for life stock, especially for cows and pigs while in older times sheep were also fed cereals. The human population consumes only small fraction of the cereal production in Iceland and this part of the harvest is largely organic cereals.

Life on the river bank
On gravelly river banks in Iceland you often find Creeping Bent (Agrostis stolonifera) and Alpine Fireweed (Epilobium latifolium). Whereas in river bank succession where there is less flooding, there is an increasing proportion of grasses and forbs characteristic of drier habitat. On sandy river banks you find Arctic Rush (Juncus arcticus), Viviparous Fescue (Festuca vivipara), Silverweed (Potentilla anserina), and the occasional Sea Pea (Lathyrus japonicus). The fertility of land is often enhanced on river banks, the damp soils containing abundant minerals and organic material. Along river banks and their tributarites you often find good habitat for the Arctic Tern (Sterna paradisaea) and wading bird such as Whimbrel (Numenius phaeopus), Ringed Plover (Charadrius hiaticula), and Arctic Skua (Stercorarius paras).

What’s for dinner? - Seaweeds?
The use of edible seaweeds is known all over the world, while seaweeds are traditionally included in the diet of coastal people of the Pacific and North Atlantic. Edible species are valuable food and medicinal plants. Commercial agar (vegetable gelatin) is used as a jellying agent allover the world.

Some of the edible and commonly consumed seaweeds are found on the coast of Iceland, these are Bladderlock (Alaria esculenta), Purple Laver (Porphyra umbilicalis) and Dulse (Palmaria palmata). However, only Dulse has traditionally been consumed here in Iceland and in neighbouring Ireland. In Ireland, Irish Moss (Chondrus crispus), is also used for culinary purposes.

Dulse was an important part of the diet of Icelanders for centuries. Nowadays, Dulse is still utilized and is increasingly being marketed as a food product in Iceland, while export of this product is still very limited. Dulse is a species of red algae found attached to rocks in the intertidal zone along North Atlantic coastline. This red alga grows and is harvested during the spring and summer months. Dulse is delicious and a rich source of complex carbohydrates and proteins, low in fats, while containing important minerals and vitamins.

Seaweeds, especially species of the red algae are common food plants in Asia. The Japanese commonly consume seaweed. They use Kelp (Porphyra spp.) as nori for wrapping sushi and Giant Kelp (Laminaria japonica) as kombu for broths, stocks and fish-wrapping. The Japanese are well acquainted with seaweeds and use carefully chosen species for exquisite dishes.

Woody plants of Australia
Eucalyptus is the dominant genus of woody plants in Australia, with more than 600 species. The largest Eucalypts can grow as tall as 100 meters. These plants often carry colourful flowers producing rich nectars for honeybees. Others yield valuable hardwood timber. Eucalypts are now grown widely outside Australia in landscaping and foresty efforts and are also popular house plants. Here in Iceland, succulent Eucalypts are especially popular indoor plants in the well-heated houses in Iceland.

Submit your Botany News article!
You can write on any topic related to botany. Short essays on plant biology are especially popular. It can also be a review on new botanical developments. Anything that will help your fellow botanists and make it possible for them progress in their work!

The articles need be approximately 300-1000 words. If needed or requested editing will be made of English and style. The editor may request some changes and articles that do not fit the profile or purpose of Botany News are not published. Your article is still yours and you keep the full copyright.
Submit your Botany News article!

The Flower Box
Information on the Customized Botanical Tours in Iceland is now available on our website. Please, remember to fill in the Expression of Interest Form as this will greatly help us to make your visit better. The spring, summer, and autumn are good times to explore the nature of Iceland. However, some activities may be available if you decide to visit Iceland during the winter months. Have you considered skiing in the Blue Mountains (Bláfjöll), outdoor swimming in heated pools, horse riding, jeep safaris and the many cultural and winter festivities in Iceland? However, If you feel like visiting Iceland during the warmer half of the year you could of course sign up for the Customized Botanical Tours in Iceland. Updated information about the tours will be published in this section. If you wish to participate and are planning a trip to Iceland contact us well in advance. 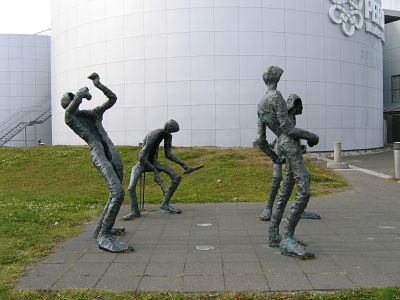 Find educational material from Thund at: 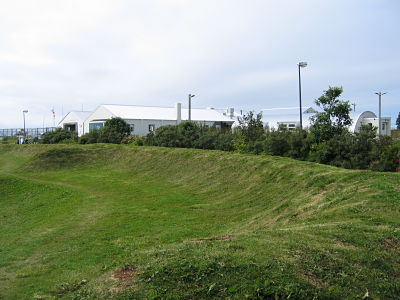